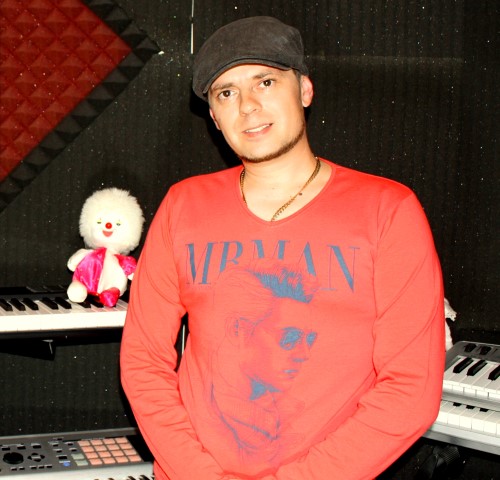 Passion and integrity characterize Romulus. He showed musical talent since his early beginnings, studying guitar and piano at the age of six. He still cites a wide variety of musical likes and influences. Ranging from rhythm, to folk and blues, ballad, soft rock, Symphonic, EuroDance ,his musical likes prompted him to write songs for various artists, while working hard on building up his musical career. His skills enable him to craft music with precision and intelligence. Grace and thrill in abundance, built around compelling instrumentation, stand for his work.

Accomplishing a helluva lot of hard work, Romulus is now busier than ever, spare time being an “if” condition of a dream-come-true. Still, get a hold on Romulus and talk to him about your particular needs. The outcome will pleasantly surprise you.

One of Romulus’s favorite Motto is: If Not Now, Then When?

My first instrumental music album is available now, 25 songs in a Motivational, Inspiring and Cinematic Music Story. Thank you very much for all your support.

Watch the Album Trailer below !

View my Showreel and Testimonials Video below !